First, we got on the coach. Next, we arrived at Tetsworth.  We had Oliver Thomas, Florence Harold, Kat Henderson, Eliza Singleton, Alfie Rogers, Austen Joy, Edie Hays, Charlie Long and Brody Stanley in Year three on our team.  The first match we played was Year three vs Year four John Hampden, we drew 0-0. The next game we played was against Brill, unfortunately we lost 2-0. After that, we played StAndrews, this time we lost 3-0. Then we played St Joseph’s and drew 0-0. Finally we played Tetsworth and drew 0-0 again. We all worked hard and did some good passing, tackling, defending, corners, trying to shoot and saving. No one scored but we got some good shots. Each match was eight minutes long and we had lots of drinks breaks. At the end we had a photo and got back on the coach. All of us were trying really hard to show the John Hampden Way and elbow bumped our opponents.

By Oliver and Florence. Mulberry Class 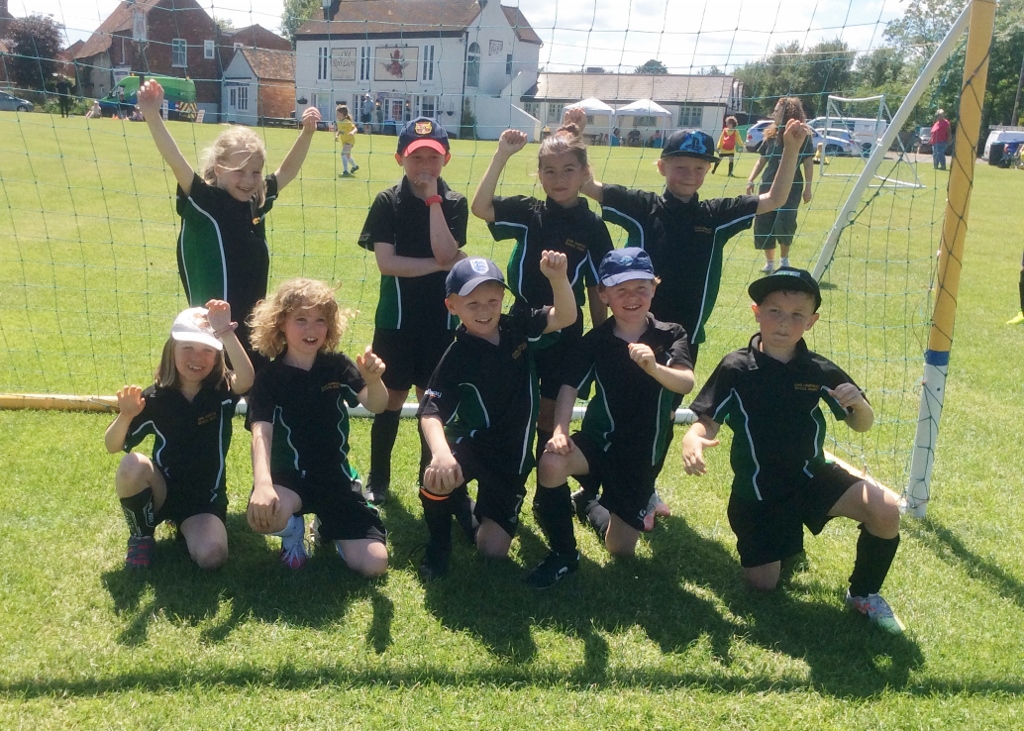